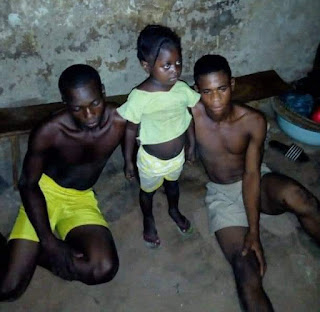 Vigilante operatives in Nakar village, Gwer West Local Government of Benue State has apprehended two boys who are suspected to have kidnapped a three year old girl.
The kidnappers were heading to Edo State with the toddler when they were apprehended.
Investigations are ongoing to identify the parents of the girl who is believed to be of Tiv origin according to a Facebook post.

You may have missed